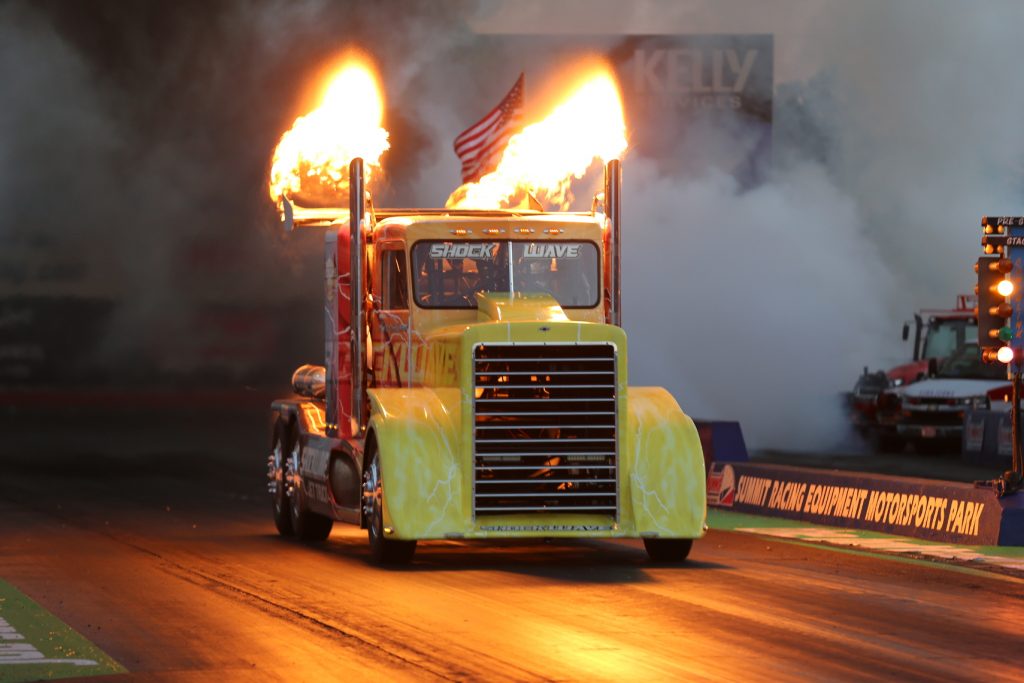 41st Anniversary Celebration…Fireworks, Flames and FUNNY CARS!  but unveiled in a never been seen before NIGHT UNDER FIRE Show!

THE ULTIMATE EPIC BATTLE BETWEEN TWO OF THE BADDEST JET TRUCKS ON THE PLANET…MOTZ VS SHOCKWAVE!
Have your cameras and phones fully charged and ready to film!

8,000 HORSEPOWER 4-Second, 320 mph NHRA Fuel FUNNY CARS…are a staple at the Kelly Services Night Under Fire.  16-Time NHRA World Champion, JOHN FORCE, will be joined by current reigning NHRA World Champion Robert Hight, Tim Wilkerson, Del Worsham, Dale Creasey Jr and one more to be named.  These drivers will give you a NITRO EXPERIENCE you will never soon forget!  You will feel their 8,000 horsepower machines deep down inside your chest, from the time they launch until they let off the throttle!

$100,000 FIREWORKS SHOW, presented by R&R AUTO BODY!
Among the longstanding traditions at Summit Motorsports Park are the explosive and encompassing fireworks offered at the conclusion of the show. Fireworks are ignited from multiple locations for improved impact, and in red, white, blue and other colors, they dance to carefully-choreographed patriotic music that is both inspired and inspiring.  Designed to be dramatic as well as delightful, they’re known to be far grander than those of neighboring cities, and just when it appears that the last of them has been seen, heard and felt, gas bombs reverberate throughout the facility, leaving fans flabbergasted.
The nearly fifteen minute spectacle costs over $125,000 to produce and leaves no wonder as to why it’s now famed and fabled.

THE NOSTALGIA PART OF THE SHOW!

THE LEGENDARY HEMI UNDER GLASS WHEELSTANDER TO PERFORM!
When George Hurst expressed interest in having a car that would serve both as a test bed and showcase for his products, friend and editor of Hot Rod Magazine Ray Brock suggested the AF/X class (precursor to funny cars). Brock also suggested the new fastback Barracuda and the newly released 426 Hemi engine and that it be mounted in the middle of the car for weight transfer and traction. This was during the golden era of drag racing where altered wheel bases, wild creations, and “anything goes” attitudes were the norm. In its first appearance at the NHRA Spring Nationals the Hemi Under Glass stunned and thrilled the crowds with 300’ wheelies. This event forever changed the course of the Hemi Under Glass from racer to the first ever exhibition wheelstanding car and the rest is history!

Today, the Hemi Under Glass is recognized as the most famous exhibition car in the world and will appear at this year’s Night Under Fire with new driver Mike Mantel. The supercharged ’68 Cuda that Mike will be piloting is the longest performing Hemi Under Glass ever constructed. The car has performed at the Goodwood Festival of Speed in England, the US Nationals, and has even match raced the Little Red Wagon. Don’t miss this rare opportunity to see this American icon in action at Summit Motorsports Park!

SCOTT ROD’S AA/GASSERS
Before there were funny cars…there were gassers! Eight to ten period correct, ill-handling, short wheelbase gassers will skate down the quarter-mile entertaining fans like they did back in the good ol’ days of drag racing!  Many of these hotrods will even have those famous B.U.G.s (Back up Girls) to help them stage!
This too will be a two round show, with the first round being a qualifier.  The final round will start with the slowest pair and concluding with the fastest two qualifiers racing for the gold!

NOSTALGIA DRAG RACING LEAGUE IS BRINGING THEIR 200MPH Pro 7.0 CLASS!
•  Eight supercharged, methanol-burning and injected nitro-methane burning
•  Front Engine Dragsters (FED), Altereds and Door Slammers
•  1979 and older!
They will compete to be the first to the finish line, without running quicker than 7.00!

Two rounds of qualifying followed by eliminations.  Winner takes all!

What you can read next 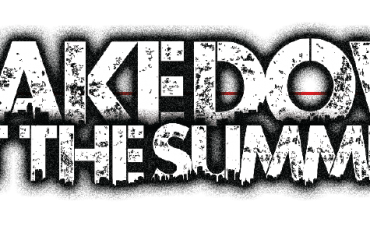 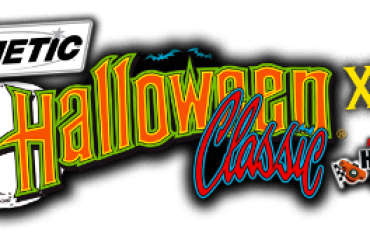